Fashion photography is a direction of photography that is dedicated to the fashion industry. The pictures may show fashionable clothes, accessories or other goods.

The history of fashion photography
This direction arose in the first half of the last century, when photographs began to gain popularity. In many ways, the formation of the genre was influenced by the art of the avant-garde.

In the 1920s, advertising agencies began to use photographs instead of graphics, which they had been using until then. Fashion houses began to capture images of their collections through photography. 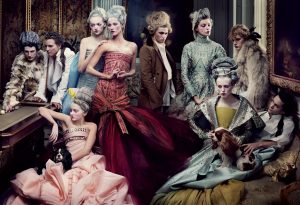 During this period, it is worth noting the work of such masters as Adolf de Meyer, Edward Steichen, Horst, Cecil Beaton. These photographers used the methods of staged shooting, they laid the foundation for the formation of the aesthetics of this genre.

During this period, the first fashion publications appear. The first of these were competing between Vogue and Harper’s Bazaar. They began to post pictures of leading masters on their pages. The publications have always displayed the latest fashion trends, from romantic sophistication to defiant extravagance.

One of the most important periods in the formation of fashion photography was 1935. It was then that “portable” cameras were invented, which gave photographers the opportunity to shoot in any, even the most unexpected places, without standard fixed poses, from unusual angles, etc.

One of the most impressive works of this period was the image of the model Lisa Fonssagrives, who was swinging on the site of the Eiffel Tower, by Erwin Blumenfeld.

During the Second World War, for security reasons, photo models were not filmed on the streets. But not all photographers agreed with this position. So Cecil Beaton, one of the most famous masters of that time, presented models in luxurious outfits against the backdrop of the destruction left after the shelling in the London area. Beaton was accused of “soullessness” for these pictures.

50s–70s The popularization of the fashion industry in Europe (especially in Italy), numerous shows, the flourishing of cinematography largely influenced the development of the direction.

Fashion shots went far beyond the traditional rules that assumed the stylistic and conceptual integrity of the subject, decor and clothing. Gradually, a “documentary” trend was formed: the former sports photographer Martin Muncassi brought reportage components to fashion photography.

But not without unpleasant events: one of the photo shoots of Christian Dior’s models in Montmartre ended in a fight.