Currently, any smartphone is equipped with a pair of cameras with which you can take good photos, record video and make a video call to almost anywhere in the world.

However, this was not always the case: until quite recently, people had to carry uncomfortable massive cameras and cameras with them in order to create a picture. But that all changed when US programmer Philip Kahn designed the world’s first mobile photography device.

Today, such photographs do not surprise anyone: every day, several million photos are taken, scattered all over the planet, via mobile phones. But in 1997, people did not even guess about anything like that. 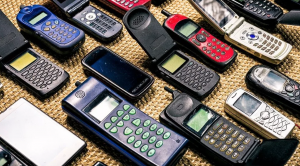 While wife Kan was in the maternity ward, the man was left to his own devices. And since his work was connected with devices for transmitting images, the idea came to him to create a similar design right here and now.

Philip had only a simple camera, a mobile phone and a laptop with him. Consequently, it was from these devices that he intended to construct a completely new device. And he succeeded.

By the time his daughter was born, Kahn had created the world’s first phone equipped with a camera.

Of course, he was completely different than now. It was a bulky installation, which was a camera connected to a mobile phone. The process of their synchronization was carried out due to the program code written by the man on the laptop.

Despite the fact that Kahn’s invention was still very “raw”, he managed to take the first mobile photo, as well as to transfer it to two thousand people. Thus changing the world.

The further fate of the invention
After some time, Philip improved his invention, and three years later, Sharp used his technology to develop and release the debut phone equipped with a camera.

A few more years passed, and this technique has become ubiquitous.

The invention of the programmer Philip Kahn had the most serious impact on communication between people; laid the foundation for numerous smartphone, photo sharing applications; became the impetus for the development of the whole industry.